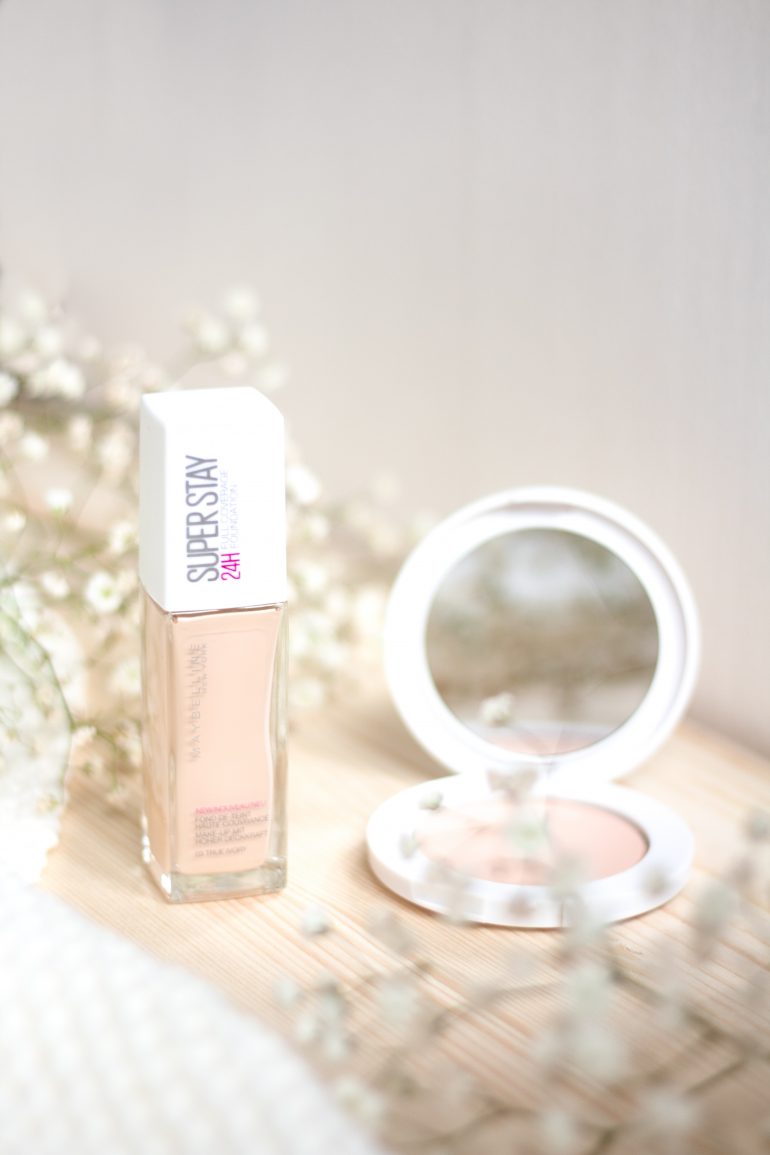 After not wearing foundation for months all I want to do now is testing out new ones. My skin was acting up so I decided to let it breathe as much as possible but now that it’s back to its normal self I feel like I can start testing things again. I recently got the Maybelline Super Stay 24h Full Coverage Foundation and I wanted to share my thoughts.

I’ve heard that this is a relaunch, but to be honest I never even seen the old version. Although Maybelline is an international brand, the things that are actually released in Europe are a lot less than what the company offers elsewhere. So maybe it was never even available to me. That goes for shade range as well. This foundation launched with 16 shades in the US, but only 6 are available here in Italy.

I obviously got the lightest shade, because the darker ones are too dark for me. Even if it looks like a match on the bottle, when I apply it on my face it looks pure white, which is clearly way too light for me.

I applied it with sponges and brushes, and I’m surprised to say I like the brush application better. The application with the sponge was really patchy, while it looks fine with the brush. I’d say the coverage is nothing more than medium. I honestly didn’t try layering it, because I’m pretty sure it’ll cake. The finish is obviously matte, which I’m not too fond of anyway. So, it does accentuate the dry patches on my skin. On the plus side, it feels nice and lightweight on the skin and it doesn’t dry feel drying.

As far as the 24h claim goes, it hasn’t proven right even once. If anything the foundation disappears after only 5 hours on my face. I really tried to make it work with a different combination of primers and powders but nothing seems to change. It’s obviously not as long lasting as Maybelline promotes.

Overall, I don’t think I’ll be wearing this foundation again. I’ll probably mix it with other ones, mostly to not waste it completely. Aside from the fact that it claims to be something it isn’t, I don’t think it’s a bad foundation. But it doesn’t really work with my skin. If the colour match was better and my skin wasn’t as dry I would continue to use it.

Have you tried this foundation? Has it worked for you?