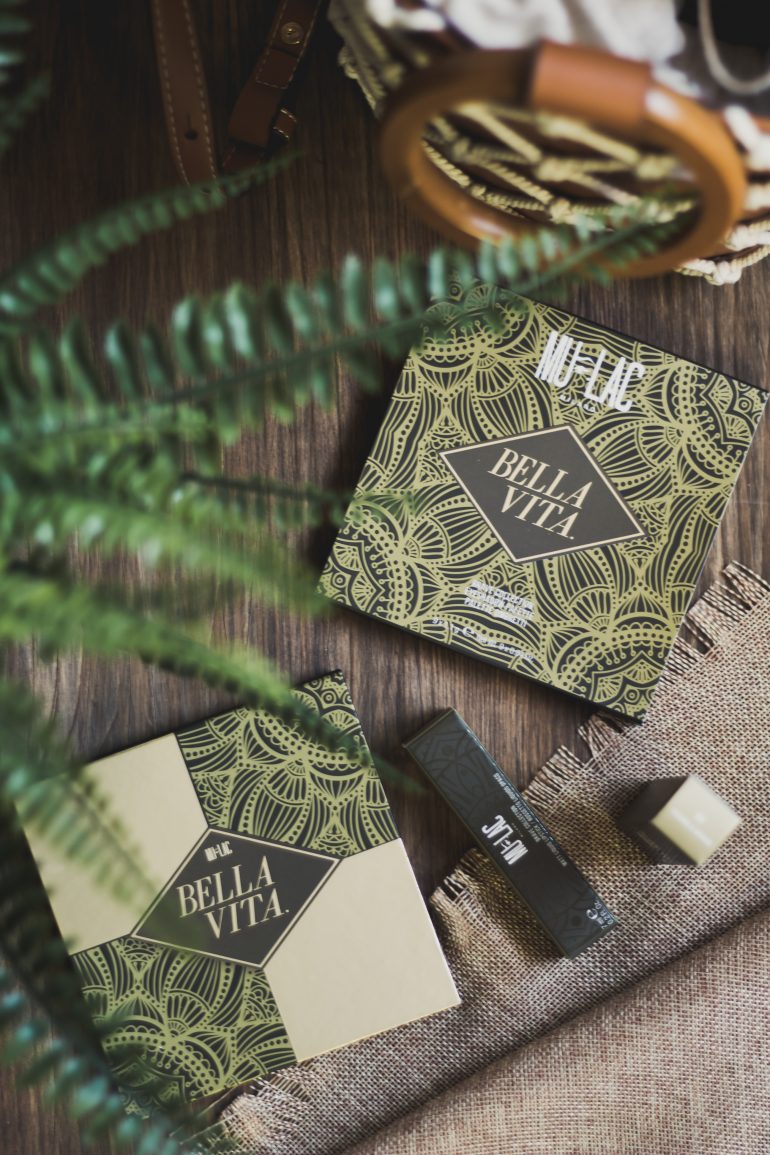 Mulac is an Italian brand that I recently discovered. I’ve been enjoying their products a lot lately, and the new Brave Collection is no exception.

As soon as I saw the eyeshadow palette, Bella Vita, I knew I had to make an order. The Brave collection is a Summer limited edition release, but this palette is giving me strong Fall vibes. And you know I’ve been for Fall since the first day of Summer.

The fact that there are only two matte shades surprisingly doesn’t bother me at all. The two shades are so buildable and blendable that I have been able to use on their own without transition shades. I love that they’re pigmented enough to show their true colour from the start but not too pigmented. Strong pigmentation is not always better, and these two shades are just right in my opinion.

I want to spend a few more words on the khaki shade, Fearless. This shade has a brown undertone, which not only does it make more wearable, but so easy to work with and not chalky at all, which is a problem I’ve encountered with similar shades. Regardless of that, when blended it doesn’t lose the green pigment and doesn’t become muddy and it will still show up as it looks on the pan on the eyelids.

The shimmers are great as well. The lightest shade, Your Vibe, is a little chunky, so needs to be treated carefully. But all the others are really fine. And go on really smoothly either with a brush or fingers. For a full foiled effect can be used wet as well.

I still don’t know how I feel about pressed glitters in palettes. Don’t get me wrong the glitter themselves are gorgeous and I do prefer when they are in pressed form rather than loose. This way the application, in my opinion, is less messy (or messless as using glitter can be). But when they are in a palette with other shadows they make the whole product so much more delicate. In fact, when I opened this palette the 2 glitters were both cracked and a few glitters were over the other shadows. Not too tragic but now, imagine the delivery guy threw it at my front door a little bit harder… Like he did with the Huda Desert Dusk (that has pressed glitter as well) which still has the whole pan worth of glitter all over it. It definitely doesn’t make the palette travel-friendly, that’s for sure.

The nude lip is Herolike Nude and it’s such a beautiful nude. On me, I would say it looks like a warm nude with a slight rose undertone. It’s now one of my favourite nudes of all time. The formula as well was such a great surprise. Keep in mind, it’s still a liquid lip so over time you’ll start feeling it on the lips. But it’s so light for the most part of the day you won’t even feel it. The formula is marketed as plumping and they warn a slight tingle right after application. I almost don’t even feel it and it goes away in a second. I do notice my lips looking fuller, though. Which is awesome.

The khaki shade, Young & Brave is just the same formula wise. The colour, like the similar eyeshadow shade, has a brown undertone that makes it the most wearable green lipstick to ever exist. It also makes my teeth super white. One thing I have to point out is that this shade is a little patchy. I have tried layering to achieve an even look. and, I have to say, not only solves the patchiness problem but doesn’t feel any different than one layer does. If it was a “normal” everyday colour I wouldn’t be bothered. But since it is such a unique shade I have no problem having to work with it a little. The shade is just too beautiful to me.

I’ve been so impressed with every product I’ve ever tried from them, and the Brave Collection is no exception. Can’t wait to see what they bring out this Fall and Winter!