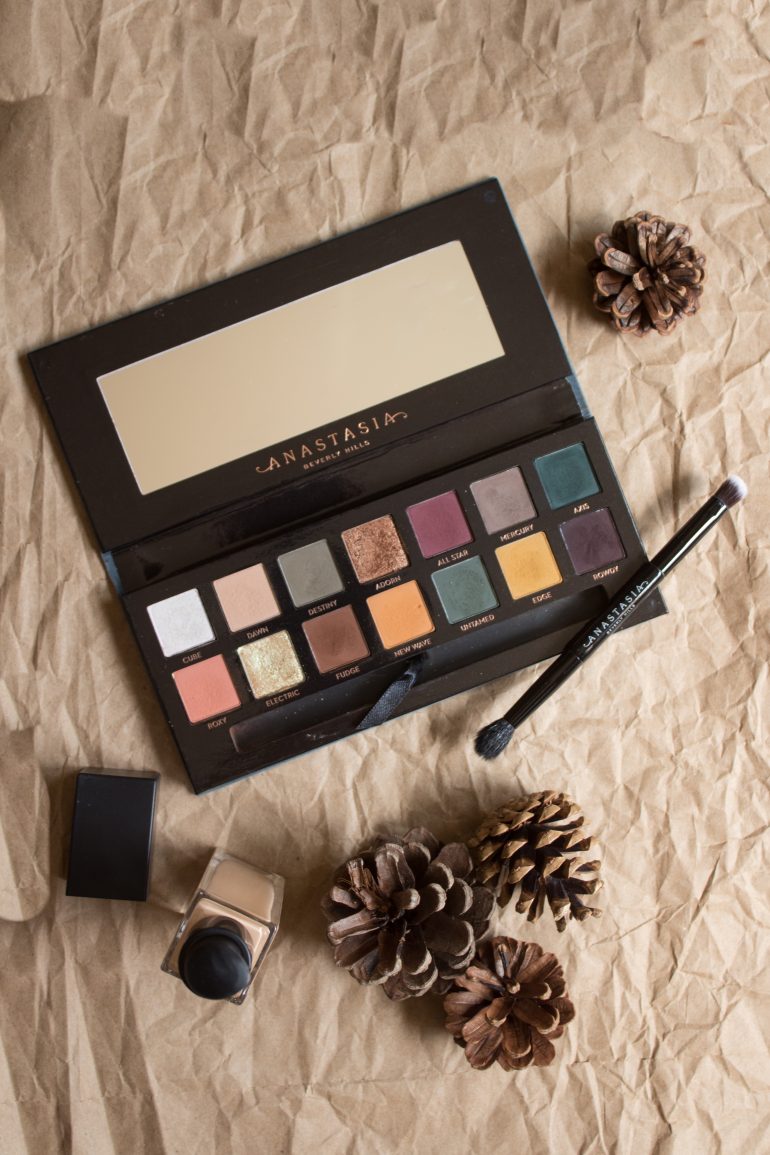 If you have been living under a rock, the Anastasia Beverly Hills Subculture palette has become the most controversial product in a matter of days. When it first released a few weeks ago I was sneaking at work trying to order it as soon as it became available. And so did a lot of other people. That’s when everything exploded. At that time I was basing my purchase based on the colours of the palette. And the love I have for the Modern Renaissance. Not many bloggers had reviewed the palette yet if any. When everyone started to use the product they realised it was different from what they’re used to. Some started saying that it’s the worst palette in the world, their subscribers followed. And now hating this product has become the latest trend.

But I’m not one to follow the mass for the sake of it. So here are my honest thoughts on this product.

The packaging is beautiful. Simple yet striking. I love how it’s the same as the Modern Renaissance, save for the colours. Which represent two of the shadows inside the palette, the teal and the yellow. If you don’t know the Modern Renaissance you wouldn’t know that the whole exterior of the palette is covered with a velvet material. Most people don’t like it because they find it gets dirty easily, but I’ve never had such a problem with either palette. It’s worth saying that I’m very considerate about my makeup and I keep my products very organized. If I were to use a makeup bag then I’m sure it wouldn’t be in such great condition. But still makes for a gorgeous packaging.

Here comes the fun part. This palette contains 14 colours, 11 mattes 3 metallics, 2 of which are duo-chrome (Cube and Electric). The mattes are all beautifully pigmented and blendable. The formula is very smooth and powdery. this is where most people lost their minds. The matte shadows are (a lot) more powdery than most in the market. But they’re that way for a reason. To achieve the level of pigmentation that these have, which is the highest achievable, these shadows are not pressed as hard others when produced. Meaning they won’t hold easily onto the pan, and the kickback is higher.

This is a sacrifice that the brand willingly decided to make. I like to think of this as a pigment palette, rather than a regular eyeshadow one. And in my opinion is not that big deal, when you apply the product properly, which I’ll get into later. And in spite the kickback on the pan there’s actually no fall out once they’re applied on the eyes.

Adorn (the only non-duo-chrome metallic) doesn’t apply as beautifully with a brush than it would with a finger. But that can be easily solved using a wet brush. Cube and Electric apply the same way whatever method of application used, but a little bit sheer. Can be layered to achieve any level of intensity though.

The trick to using these shadows is to have the lightest hand possible. No dipping the brush, and even less swirling it!! You’re just going to spread powder everywhere, and waste a lot of product. Honestly just barely touching the brush on the product will be more than enough to apply it. I suggest applying the colour in the desired place and then blending it, preferably with a clean blending brush for a better result. But honestly, I haven’t noticed that big of a difference if I go straight away with a blending brush like I would with any other palette.

Some shades, like Destiny and Edge, lose a little bit of intensity when blended too much, appearing duller and grey. But I’ve been able to layer the shadows a lot without problem with the only exception of Rowdy, which lifts up if layered more than twice. It’s the least interesting shade for me so I’m not really bothered.

The base used seems to be important as well. I would steer away from any liquid base, as it would absorb the powder and making it very difficult to blend. I would just use a designated primer, and just avoid concealer, especially heavy ones as it will cake.

Another important thing to mention is, as this palette contains a few complementary colours, is to not blend them with each other. A complementary colour is the one that sits on the opposite side of the colour wheel to another. So, for example, mixing Axis and Roxy will result in a grey hue, not by fault of the shadows themselves, but just plain colour theory.

Let’s just say that this isn’t the palette that I would use when I’m in a rush. But I have a lot of other ones for that purpose, and with the colour selection, this would be a special occasion palette anyway. But other than that I don’t see why people would get so heated over this product. I understand that it’s different, and it requires a method of application that some might not be used to, but putting it on the worst product ever list just because you’re not willing to adapt is just too much. It’s like saying the Beauty Blender is awful because you’re only willing to use it dry. But the product is specifically made to be used wet.

It’s okay if you think it’s too much work, and you’re entitled to your opinion, but it’s not the brand’s fault if you decide to use something in a different way than it’s supposed to. As far as the whole “I hit pan on my first use”, I used mine 7 times and the palette almost looks as new, with a few brush dents where I dug into it the most. Pan is nowhere to be seen. This palette is definitely one of my favourites.

This palette is definitely one of my favourites. Better than the Modern Renaissance? No, but no one can beat that, not even Anastasia herself.