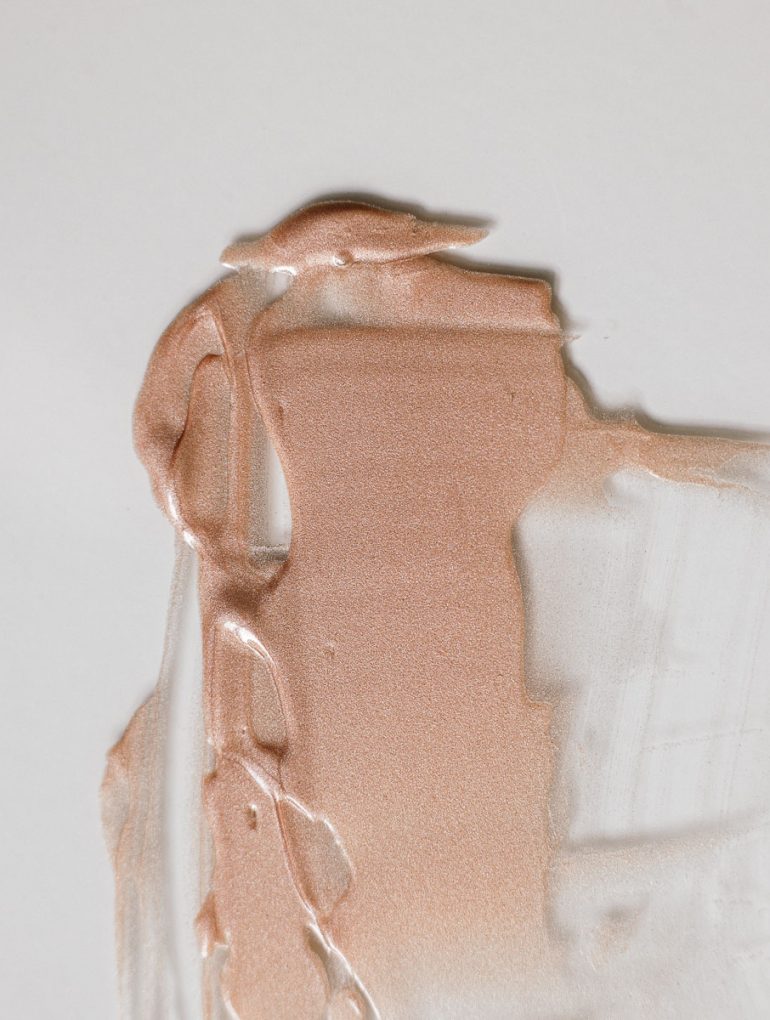 When I saw L’Oreal Glow Cherie Natural Glow Enhancer I didn’t expect anything. Usually, I don’t find many liquid highlighters at the drugstore and when you do they’re really glittery or too over the top. I rarely find there something that fits my “natural” glowy aesthetic.

But the second I wore the Glow Cherie I knew it was something different and then I realised. It’s so so similar to Charlotte Tilbury Hollywood Flawless Filter. They share the same characteristics that make me love the Flawless Filter so (too) much.

First, the glossy effect. There’s no glitter involved, these products make your skin shine oh so beautifully. They’re both versatile, they work great as a base, shining through giving that glow from within look. Or they can be mixed with foundations. Or can be worn as highlighters. They both dry so they’re not sticky but still look wet and glossy.

There are a few things that make them different though.

The Flawless Filter is thicker while the Glow Cherie is more liquid and runnier. This makes the earlier have more coverage than the latter does. The Flawless Filter spread a lot easier as well, so a little goes a long way. While the Glow Cherie needs more product to cover the same area, since it absorbs easily. So you do save some money with the L’Oreal but you use more product as well. But considering that for the same quantity (30ml) one costs a fraction than the other (14-9 € vs 40€) the Glow Cherie is still a bargain.

The last difference I noted is on the wear. I could wear the Flawless Filter all day and it would still look as fresh and as glossy as just applied. While with the Glow Cherie, even though it never disappears, the glowy-ness fades a little bit throughout the day.

But as much as I love the Charlotte Tilbury Hollywood Flawless Filter I have to admit… it’s pretty much a spot-on dupe!

Will it completely replace my Flawless Filter?

I don’t think so. Because I love it, I love the packaging, I love that it feels like a luxury wearing it. But, I have to admit, I have replaced it for the “less important occasions” when I don’t want to splurge on the Flawless Filter. But if you’ve been curious to try the flawless filter, or running out and don’t want the wallet to suffer too much then go ahead with the Glow Cherie, I promise you won’t be disappointed.